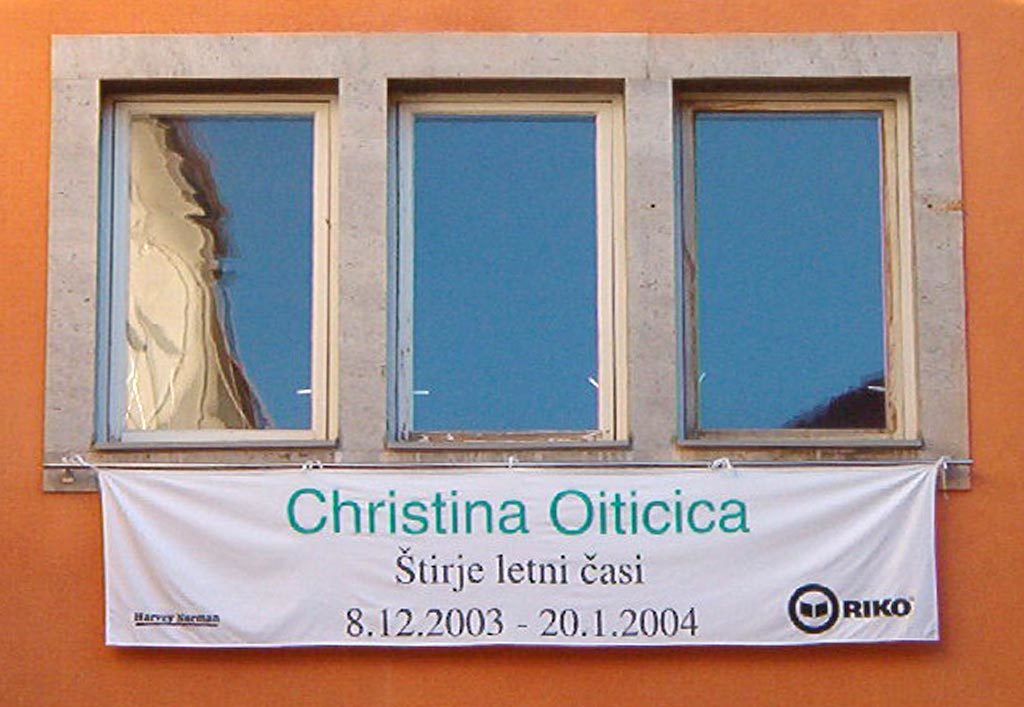 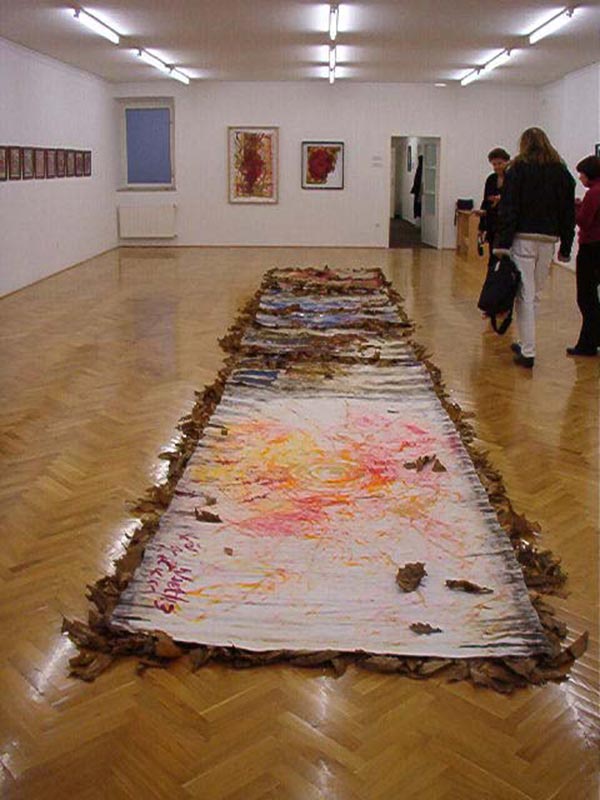 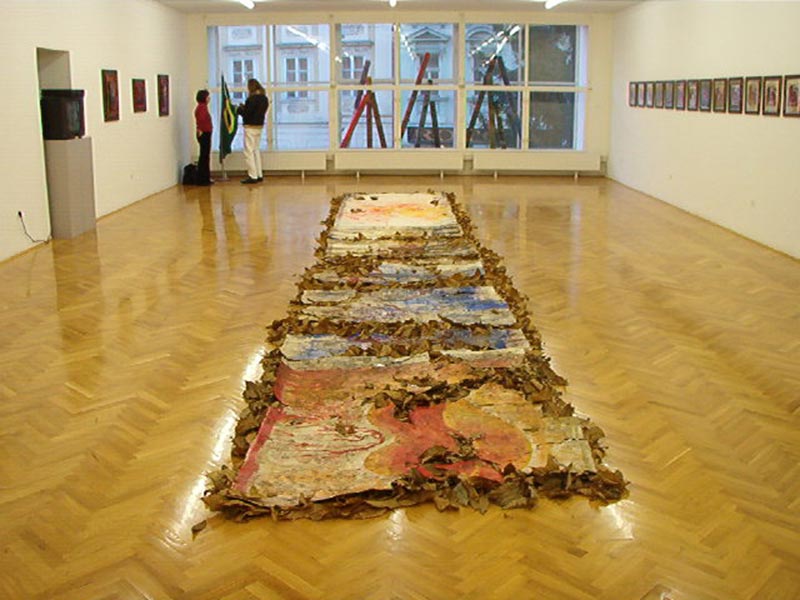 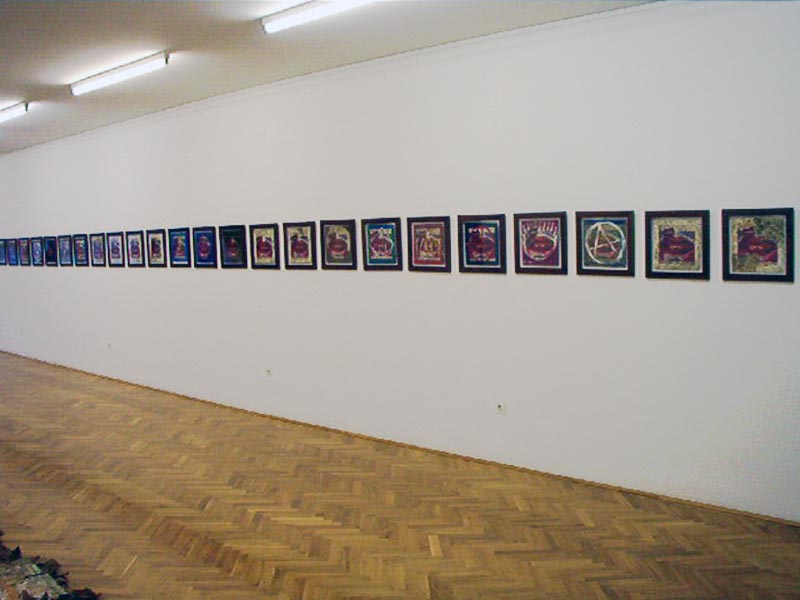 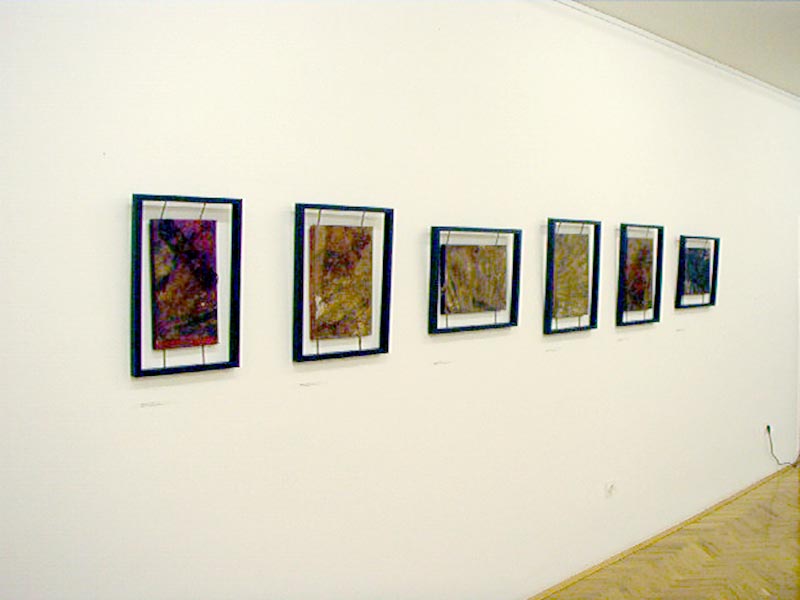 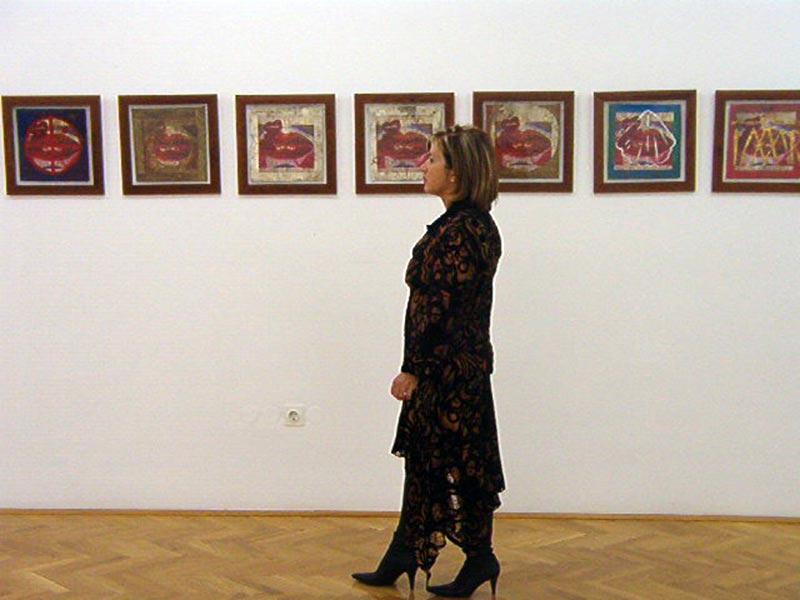 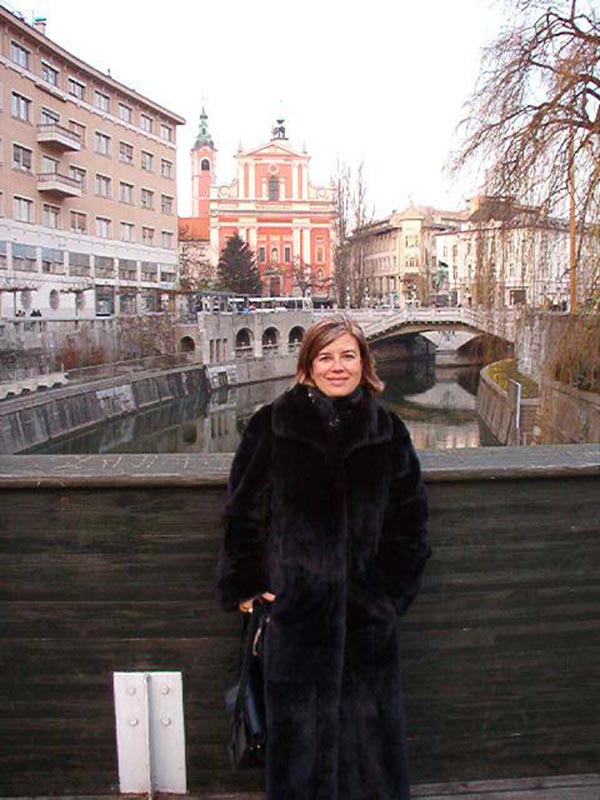 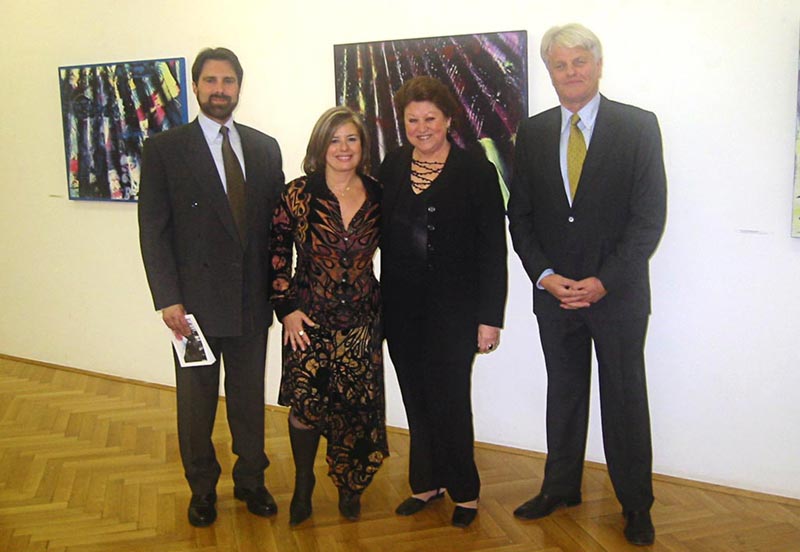 Part of an itinerant exhibition, where Christina presented 50 works that she created while staying in the French Pyrenees. She left these canvases buried in fields, tied to trees, placed in river beds for a year (from October 2002 to October 2003), for nature to interfere with and act on them. 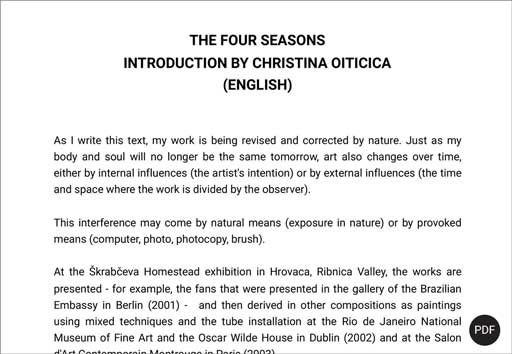 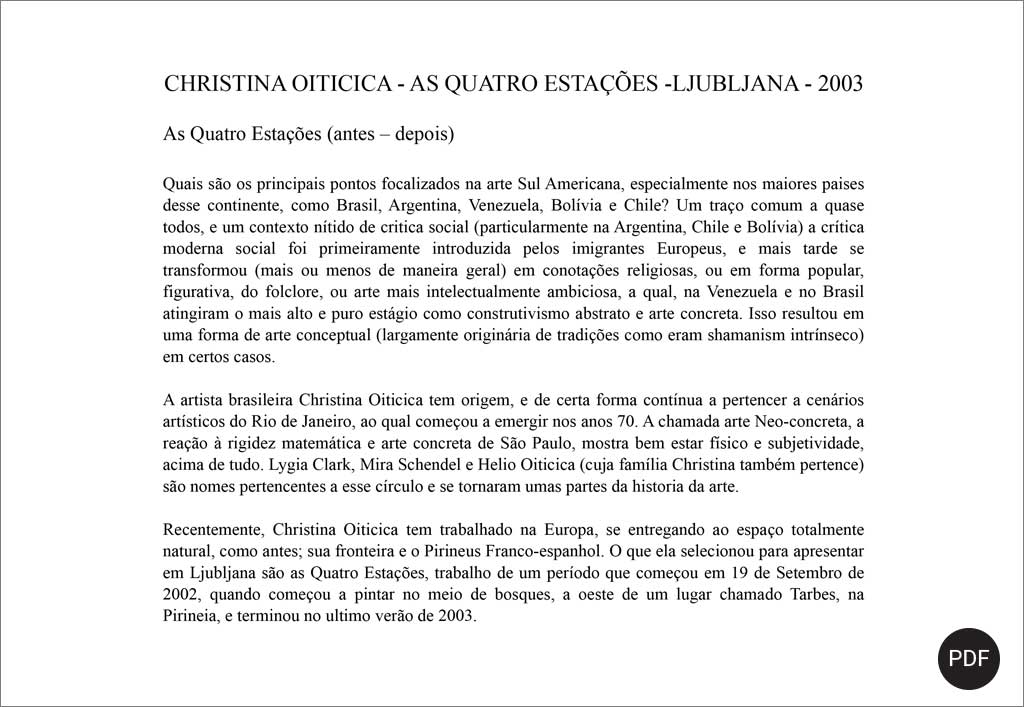 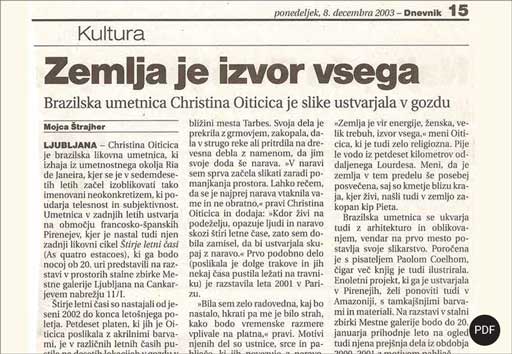 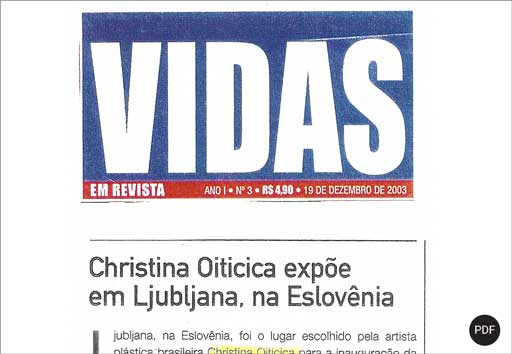 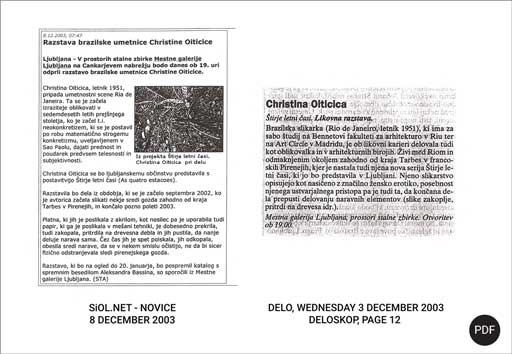 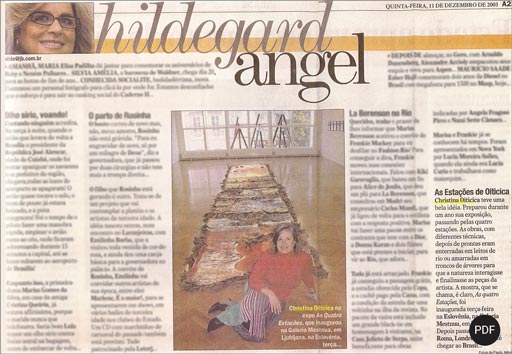