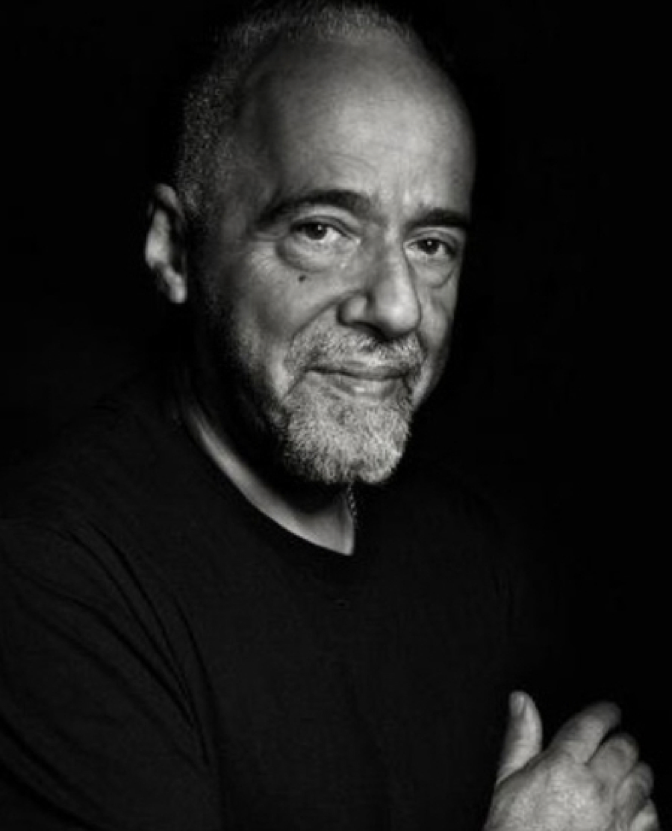 Paulo Coelho de Souza is a Brazilian lyricist and novelist. He is best known for his novel The Alchemist. In 2014, he uploaded his personal papers online to create a virtual Paulo Coelho Foundation.

Paulo Coelho was born in Brazil and attended a Jesuit school. As a teenager, Coelho wanted to become a writer. Upon telling his mother this, she responded, "My dear, your father is an engineer. He's a logical, reasonable man with a very clear vision of the world. Do you actually know what it means to be a writer?" At 17, Coelho's introversion and opposition to following a traditional path led to his parents committing him to a mental institution from which he escaped three times before being released at the age of 20. Born into a Catholic family, his parents were strict about the religion and faith. Coelho later remarked that "It wasn't that they wanted to hurt me, but they didn't know what to do... They did not do that to destroy me, they did that to save me." At his parents' wishes, Coelho enrolled in law school and abandoned his dream of becoming a writer. One year later, he dropped out and lived life as a hippie, traveling through South America, North Africa, Mexico, and Europe and started using drugs in the 1960s.

Upon his return to Brazil, Coelho worked as a songwriter, composing lyrics for Elis Regina, Rita Lee, and Brazilian icon Raul Seixas. Composing with Raul led to Coelho being associated with magic and occultism, due to the content of some songs. In 1974, Coelho was arrested for "subversive" activities by the ruling military government, who had taken power ten years earlier and viewed his lyrics as left-wing and dangerous. Coelho also worked as an actor, journalist, and theatre director before pursuing his writing career.

In 1980 Coelho married artist Christina Oiticica. Together they had previously spent half the year in Rio de Janeiro and the other half in a country house in the Pyrenees Mountains of France, but now the pair reside permanently in Geneva, Switzerland.

In 1986, Coelho walked the 500-plus mile Road of Santiago de Compostela in northwestern Spain, a turning point in his life. On the path, Coelho had a spiritual awakening, which he described autobiographically in The Pilgrimage. In an interview, Coelho stated "[In 1986], I was very happy in the things I was doing. I was doing something that gave me food and water – to use the metaphor in The Alchemist, I was working, I had a person whom I loved, I had money, but I was not fulfilling my dream. My dream was, and still is, to be a writer." Coelho would leave his lucrative career as a songwriter and pursue writing full-time.

In 1996, he founded the Paulo Coelho Institute, which provides support to children and the elderly.

Coelho posts up to three times a week at his blog, and has millions of fans on both Facebook and Twitter. He discussed his relationship with readers through social media platforms with The Wall Street Journal in August 2014. Another development came in November 2014, when he finished uploading around 80,000 documents-manuscripts, diaries, photos, reader letters, press clippings-and created a virtual Paulo Coelho Foundation, together with the physical foundation which is based in Geneva.

In 1982, Coelho published his first book, Hell Archives, which failed to make a substantial impact. In 1986 he contributed to the Practical Manual of Vampirism, although he later tried to take it off the shelves since he considered it "of bad quality." After making the pilgrimage to Santiago de Compostela in 1986, Coelho wrote The Pilgrimage that was published in the year 1987. The following year, Coelho wrote The Alchemist and published it through a small Brazilian publishing house who made an initial print run of 900 copies and decided not to reprint. He subsequently found a bigger publishing house, and with the publication of his next book Brida, The Alchemist took off. HarperCollins decided to publish the book in 1994. Later it became an international bestseller.

While trying to overcome his procrastination of launching his writing career, Coelho said, "If I see a white feather today, that is a sign that God is giving me that I have to write a new book." Coelho found a white feather in the window of a shop, and began writing that day. Since the publication of The Alchemist, Coelho has generally written at least one novel every two years. Three of them – The Pilgrimage, Hippie, The Valkyries and Aleph – are autobiographical, while the majority of the rest are broadly fictional. Other books, like Maktub, The Manual of the Warrior of Light and Like the Flowing River, are collections of essays, newspaper columns, or selected teachings. His work has been published in more than 170 countries and translated into eighty-one languages. Together, his books have sold in the hundreds of millions. On 22 December 2016, Coelho was listed by UK-based company Richtopia at number 2 in the list of 200 most influential contemporary authors.

Reaction to his writing has not been without controversy, however. Though he was raised in a Catholic family, and describes himself as of that faith even now, his stance has been described as incompatible with the Catholic faith, because of its New Age, pantheist and relativist contents. And whatever his sales, reviews of Coelho's later work consistently note its superficiality.