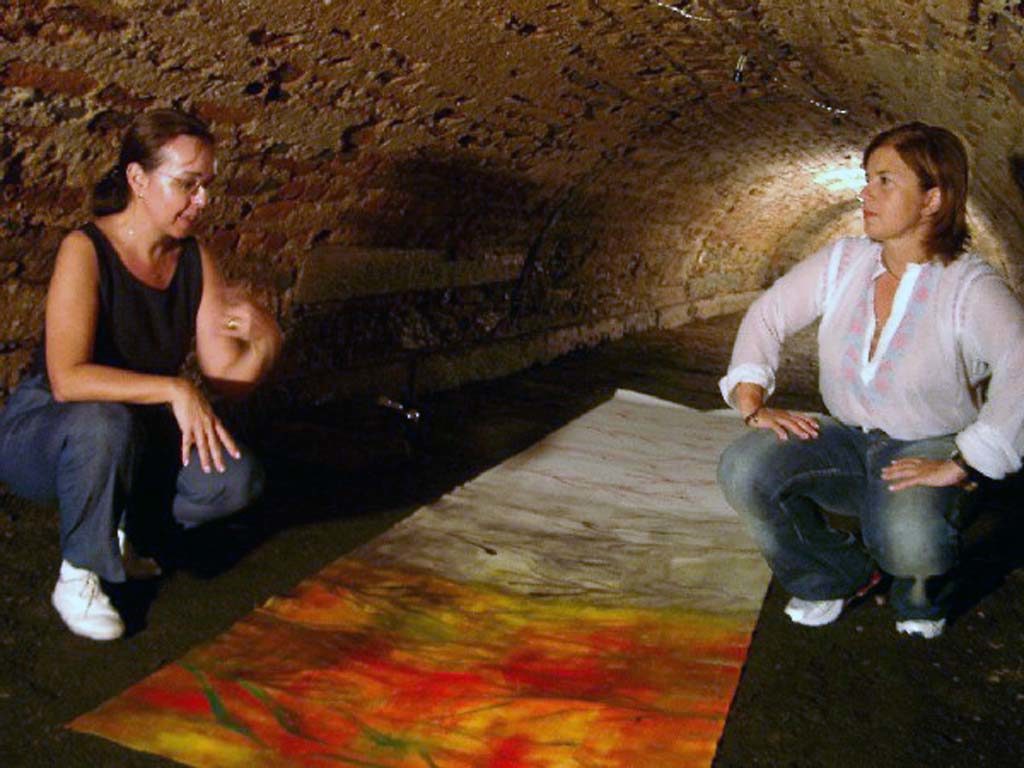 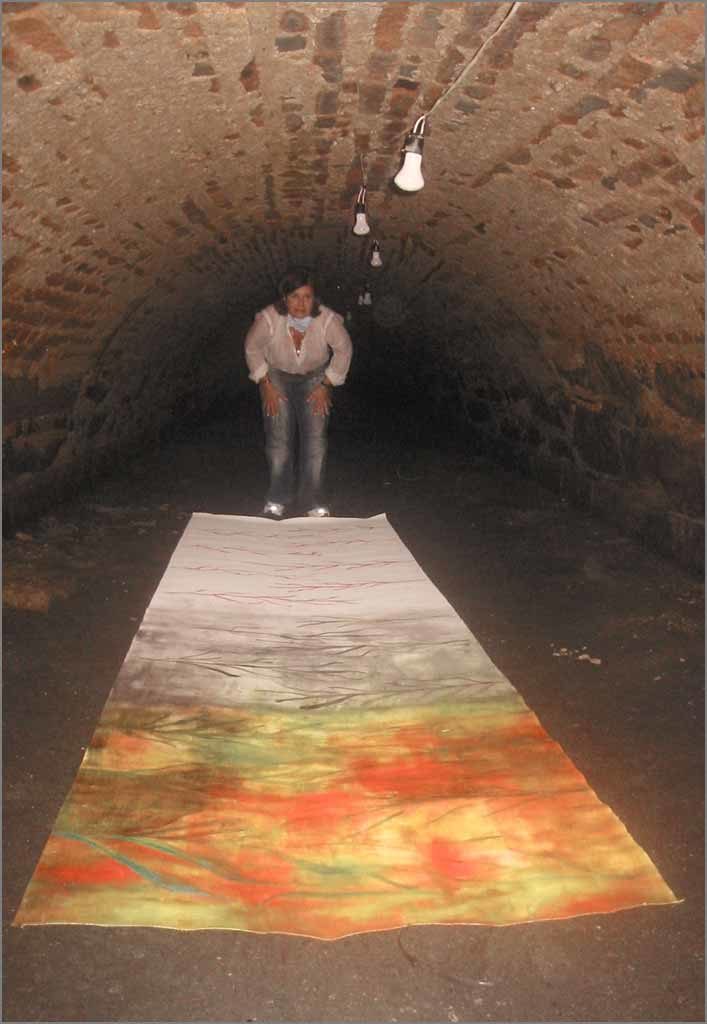 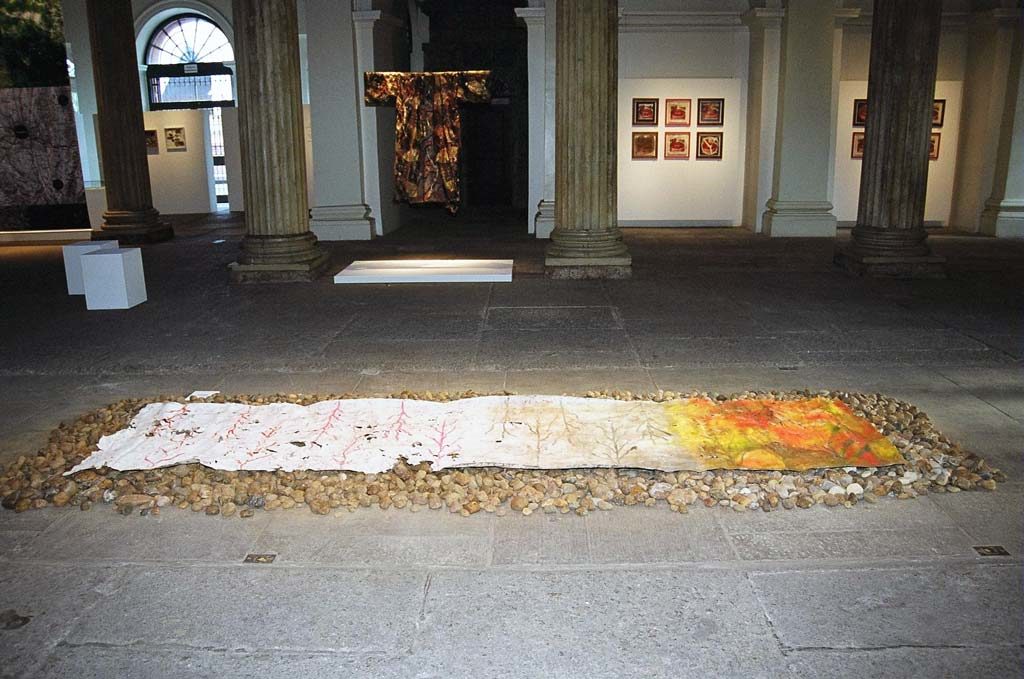 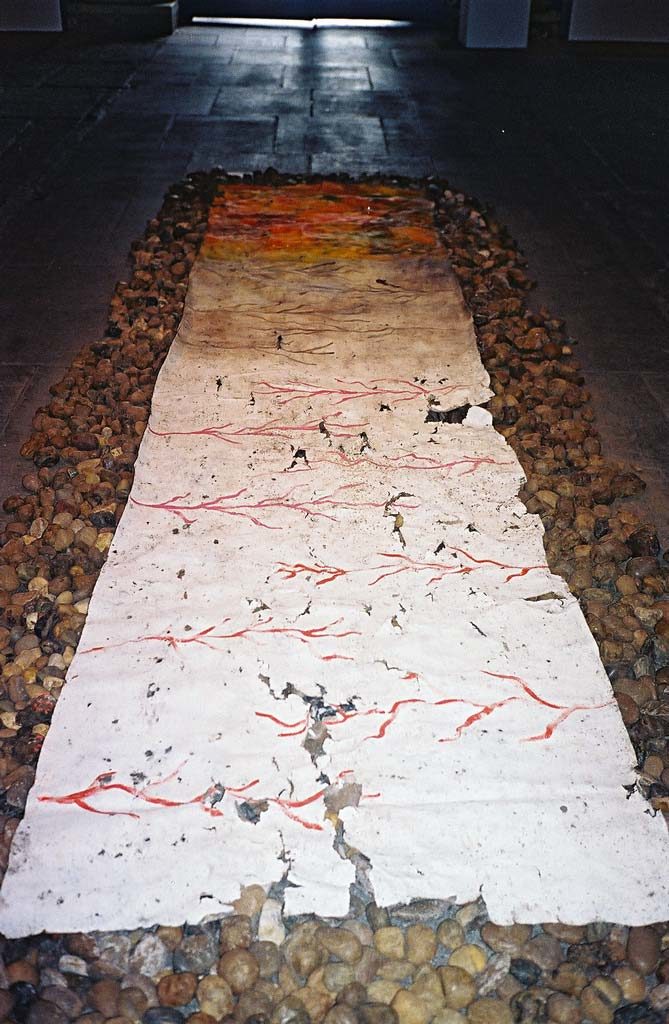 Part of an itinerant exhibition, where Christina presented 50 works that she created while staying in the French Pyrenees. She left these canvases buried in fields, tied to trees, placed in river beds for a year (from October 2002 to October 2003), for nature to interfere with and act on them.

Earlier, the exhibition was in Ljubljana/Slovenia (December 2003) and Rome/Italy (May 2004).

In preparation for the Rio de Janeiro exhibition, Christina left a 4 meter long canvas in the drainage tunnels below the Casa França-Brasil in April 2004, so that passing fluvial waters could affect it. The canvas was recovered during the opening of the exhibition in December 2004. 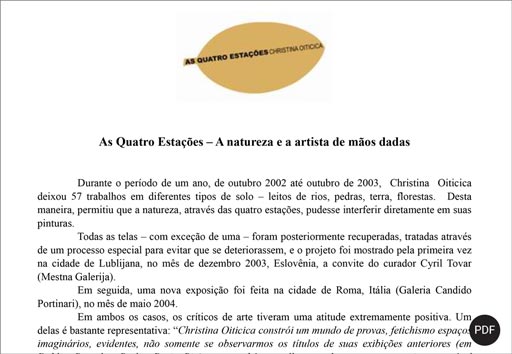 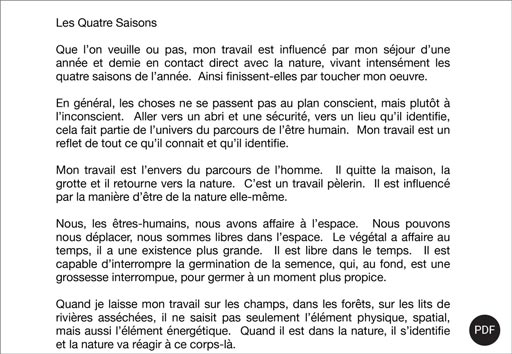