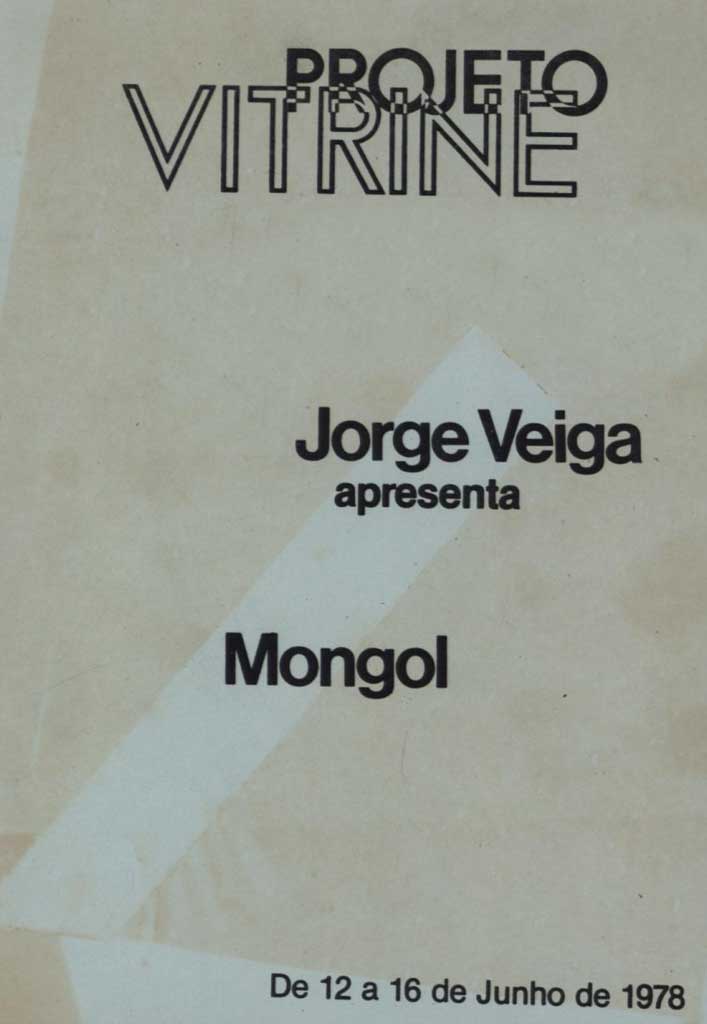 Paulo scripted and directed the musical show “Jorge Veiga presents Mongol”, part of the Projeto Vitrine (Project Vitrine), an event by Funarte*, which ran from 29 May – 4 August 1978. The project aimed at promoting new artists by providing them with the Funarte showroom with its sound, piano and drums, as well as poster printing and editing of a double compact with an initial print run of one thousand discs. In each programming, there was a consecrated artist presenting a new one.

*Funarte: Brazilian National Arts Foundation, linked to the Ministry of Culture. It operates throughout the national territory and is the body responsible for the development of public policies promoting the visual arts, music, theater, dance and circus.

(informal translation of page 2)
“Hello Hello, aviators of Brazil. This is Jorge Veiga. Indoor broadcasters: Give your prefixes for aircraft orientation”.

This phrase has become the hallmark of Jorge Veiga on the radio since the 1930s. Veiga, from the Rio de Janeiro neighbourhood Engenho de Dentro, was also known as “the Caricaturist of Samba”.

Mongol, from the Rio de Janeiro area Grajaú, almost 50 years younger, has the trickery and malice of Jorge Veiga singing, besides being also composer, actor and violinist. His interpretation of “Briga na Casa de Cômodos” gives us the impression that we are witnessing the event. Few singers will be able to include it in their repertoires, due to the difficulty they will have to sing it.

The show is directed by Paulo Coelho, with Célia Azevedo as assistant director. 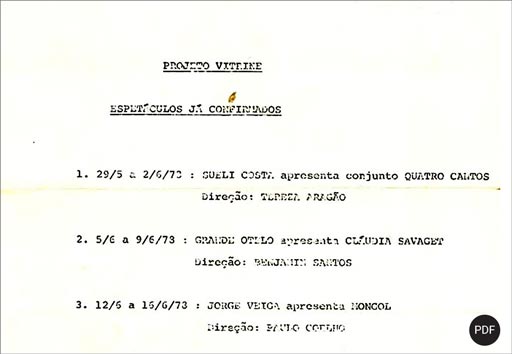 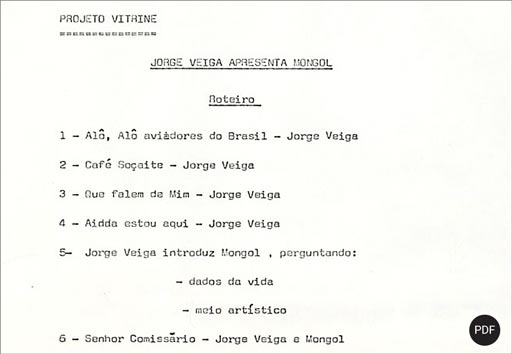 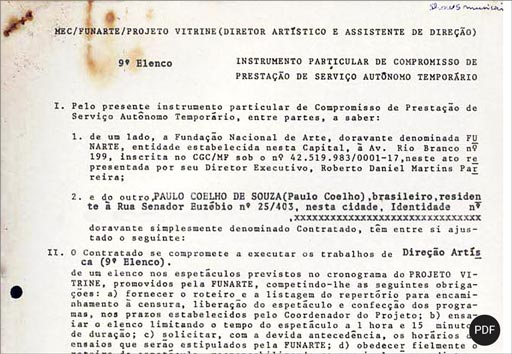