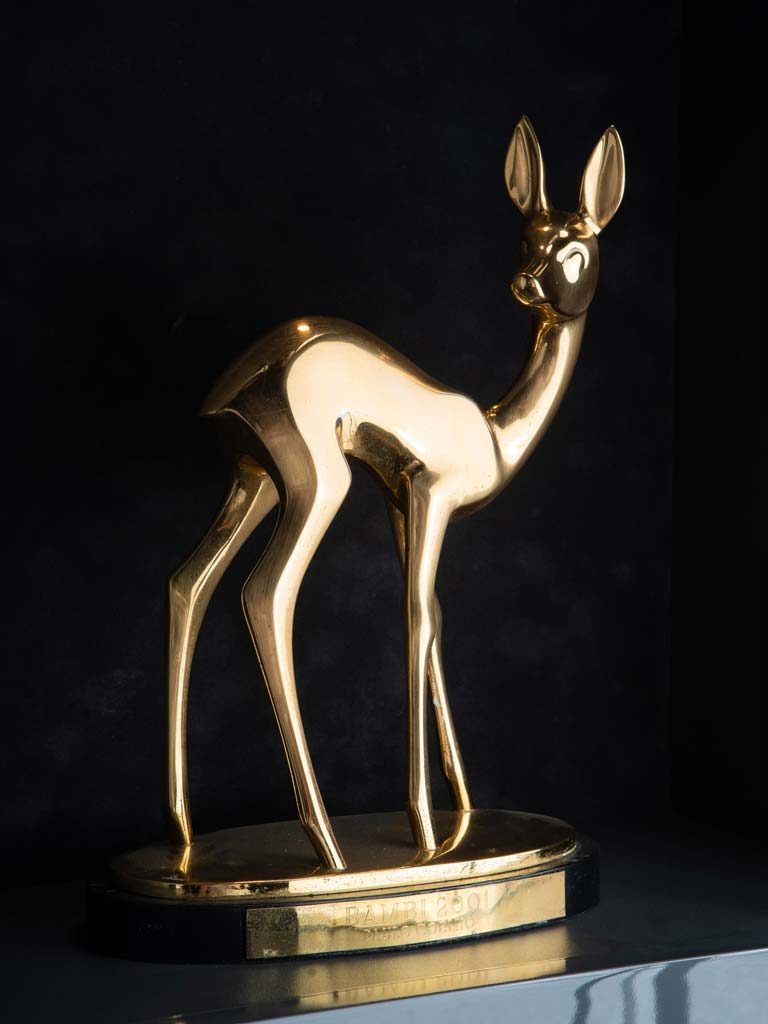 In November 2001, Paulo Coelho was awarded the Bambi Award (Germany) in the category Culture.

In the jury’s opinion, Paulo Coelho’s belief that the destiny and gift of every human being is to become a ‘warrior of light’ in a dark world, contains a deeply humanistic message, a message that had particular poignancy that year.

The Bambi Awards are presented annually by Hubert Burda Media to recognize excellence in international media and television, and awarded to personalities in the media, arts, culture, sports and other fields “with vision and creativity who affected and inspired the German public that year,” both domestic and foreign. First held in 1948, they are the oldest media awards in Germany.