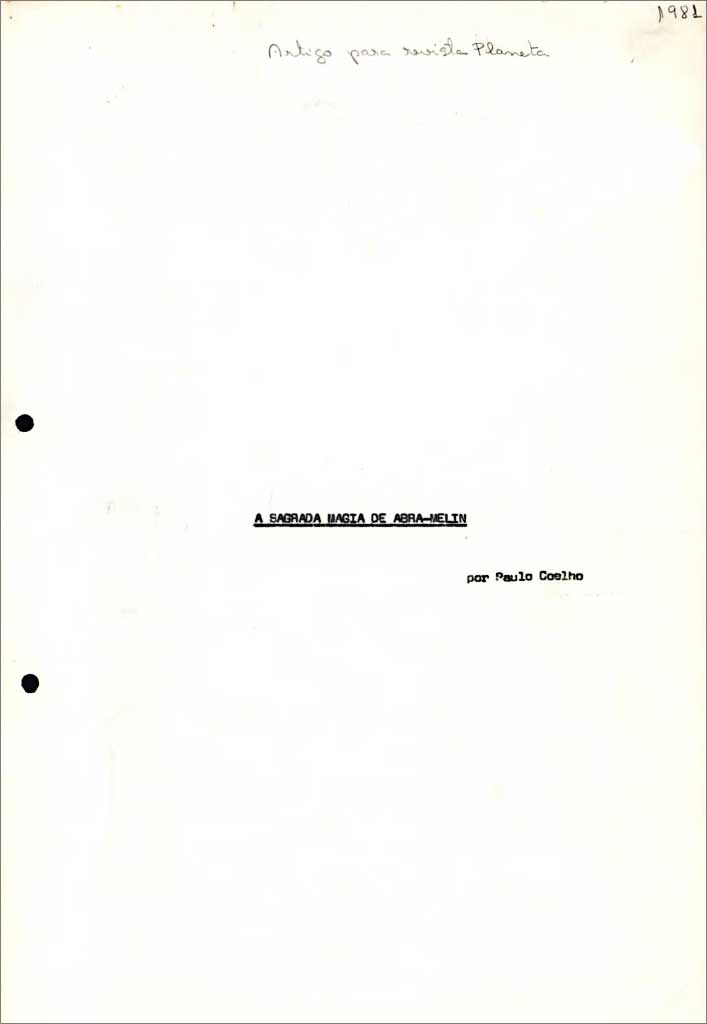 Article for Revista Planeta (the Brazilian edition of the French monthly magazine Planète, established in 1963, that addresses topics such as esoterism, ufology, parapsychology and environmental politics) about the book “The Sacred Magic of Abramelin”.

In the year 1898, a mysterious work was published in England which soon became the favorite reading of all the people who participated – or were interested – in occult sciences. “The Sacred Magic of Abramelin” described a magical six-month ritual, after which the operator invoked, for a week, his sacred guardian angel. However, it requires a house with its own characteristics, a few materials (quite easy to find) and quite a lot of discipline. No more.

Since then, several people have set out to carry out the operation described by Abramelin, including the English mage Aleister Crowley – to whom the popularity of the book is owed due to the esoteric and philosophical currents in those days. Crowley never completed the ritual, but others did. This article, besides giving the general characteristics of the operation described by Abramelin, also publishes – for the first time in Portuguese – excerpts from the ceremonial diary of one of the people who ventured into the arduous but simple search for the unknown.