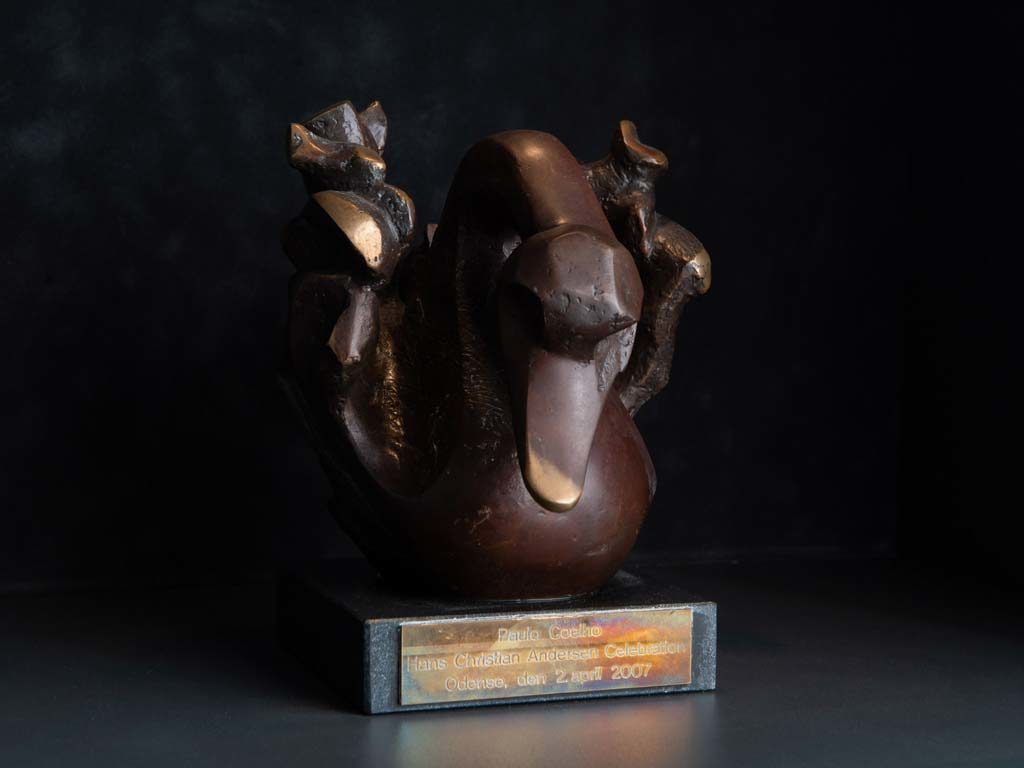 Traditionally, a contemporary music piece is composed for the award winner and in return, the winner will perform a guest lecture at either the University of Southern Denmark, the Odense Concert Hall or the Odense City Hall. The opera “Elleve Minutter”, based on Paulo’s 2003 novel Eleven Minutes, premiered on 16 March 2010 in the Funen Opera House in Odense, featuring mezzo-soprano Anne Refshauge performing the main part. Below is a 3-minute trailer of the opera.