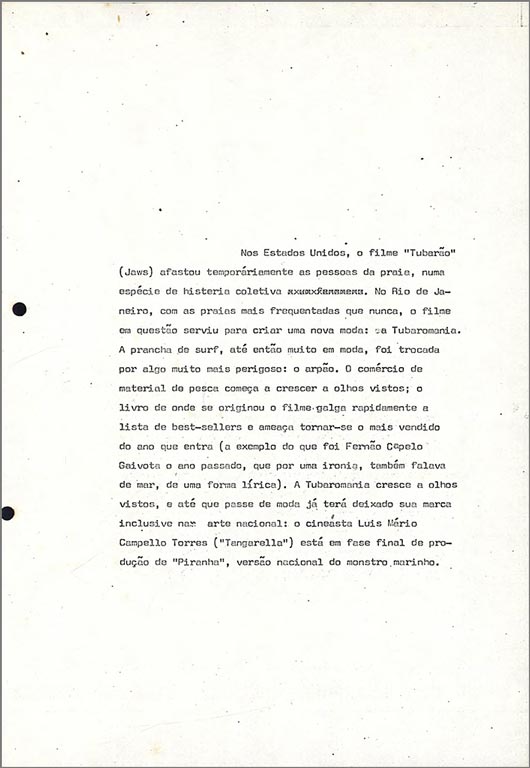 Jawsmania: the transfer of terror

Column about the collective fear that kept people away from beaches after the film Jaws was released in 1975.

In the United States, the film “Tubarão” (Jaws) temporarily removed people from the beach, in a kind of collective hysteria. In Rio de Janeiro, where the beaches are busier than ever, the film in question served to create a new fashion: Tubaromania. The surfboard, until then very fashionable, was replaced by something much more dangerous: the harpoon. The fishing equipment trade is beginning to grow visibly; the book from which the film originated quickly climbs the list of bestsellers and looks to become next year’s bestseller (as was Jonathan Livingston Seagull last year, a book that, ironically, also spoke of the sea , in a lyrical way). Tubaromania grows before the eyes, and by the time it becomes fashionable, it will have left its mark even on national art: filmmaker Luis Mário Campello Torres (“Tangarella”) is in the final stage of producing “Piranha”, the national version of the sea monster .