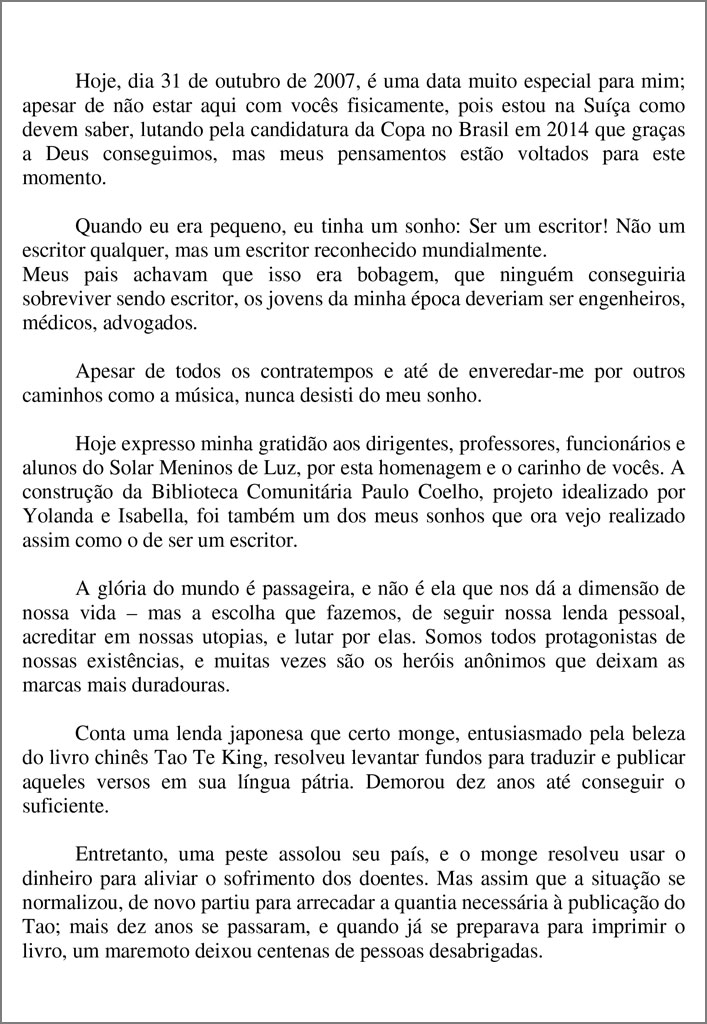 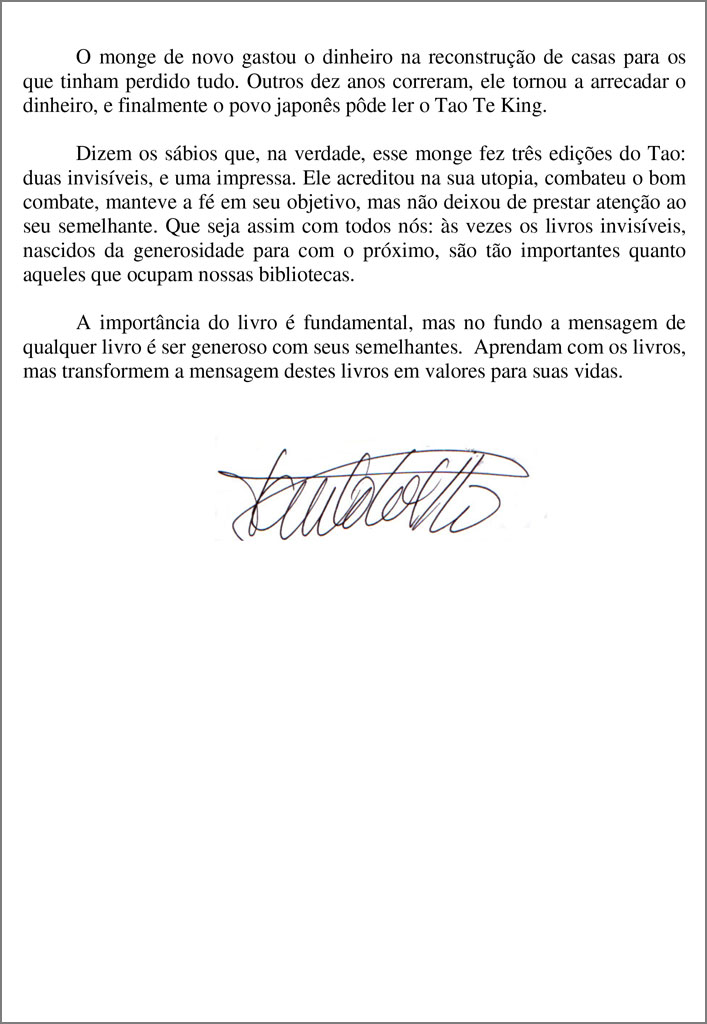 Message to Solar Meninos de Luz staff and students on the occasion of the inauguration of the Paulo Coelho Community Library.

Although I am not with you in person – because I am in Switzerland as perhaps you know, fighting for the 2014 World Cup bid for Brazil (and God be praised, we got it) – but I am with you in my thoughts.

When I was little, I had a dream: To be a writer! Not just any writer but a world renowned writer. My parents thought this was silly, that no one could survive as a writer, the young people of my day should be engineers, doctors, lawyers. Despite all the setbacks and even turning to others ways like music, never gave up on my dream.

Today I express my gratitude to the leaders, teachers, staff and Solar Meninos de Luz students for this tribute and your affection. The Paulo Coelho Community Library, a project designed by Yolanda and Isabella, was also one of my dreams that I now see fulfilled just like being a writer.

The glory of the world is fleeting, and it is not the glory that gives us the dimension of our life – but the choice we make, to follow our personal legend, believe in our utopias, and fight for them. We are all protagonists of our existences, and often it’s the anonymous heroes who leave the longer lasting brands.

There is a Japanese legend about a monk who, enthusiastic about the beauty of the Chinese book Tao Te King, decided to raise funds to translate and publish those verses in his mother tongue. It took him ten years to get enough money.

However, a plague ravaged his country, and the monk decided to use the money to alleviate the suffering of the sick. But as soon as the situation went back to normal, he again set out to collect the amount necessary for the publication of the book.

So, another ten years passed, and when he was preparing to print the In this book, a tidal wave left hundreds of people homeless. The monk again spent the money on rebuilding houses for the people who had lost everything.

Another ten years went by, he raised funds again, and finally the Japanese people could read Tao Te King.

Wise men say that this monk actually made three editions of the Tao: two invisible, and one printed. He believed in his utopia, fought the good fight, kept faith in its purpose, but paid attention to his fellow men.

May it be so for all of us; sometimes invisible books, born of generosity toward others are as important as those who occupy our libraries. The importance of the book is fundamental, but deep down the message of any book is to be generous to your peers. Learn from the books, but turn the message of these books into values ​​for your lives.