To the readers of Reforma newspaper Mexico 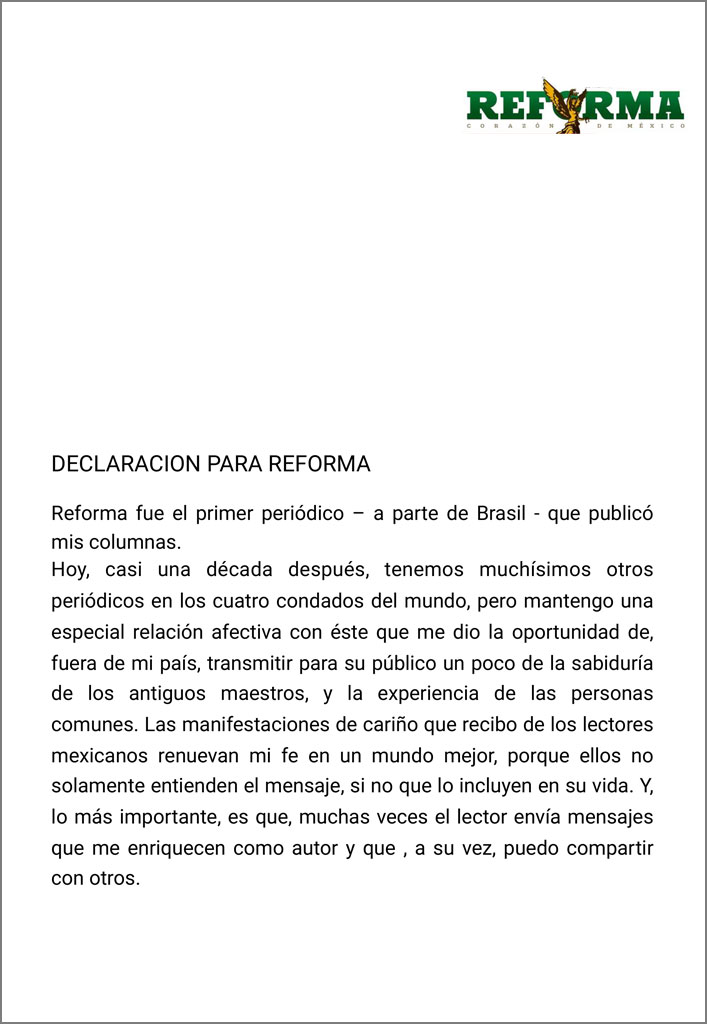 Note to the readers of the Reforma newspaper (Mexico)

DECLARATION FOR REFORMA
Reforma was the first newspaper – apart from Brazil – that published my columns. Today, almost a decade later, we have many other newspapers in the four corners of the world, but I maintain a special affective relationship with this one that gave me the
opportunity, outside my country, to convey to their audience some of the wisdom of the old masters, and the experience of ordinary people. The manifestations of affection that I get from Mexican readers renew my faith in a better world, because they don’t
they only understand the message, if not they include it in their life. And, most importantly, it’s that, many times the reader sends messages that enrich me as an author and that, in turn, I can share with others.