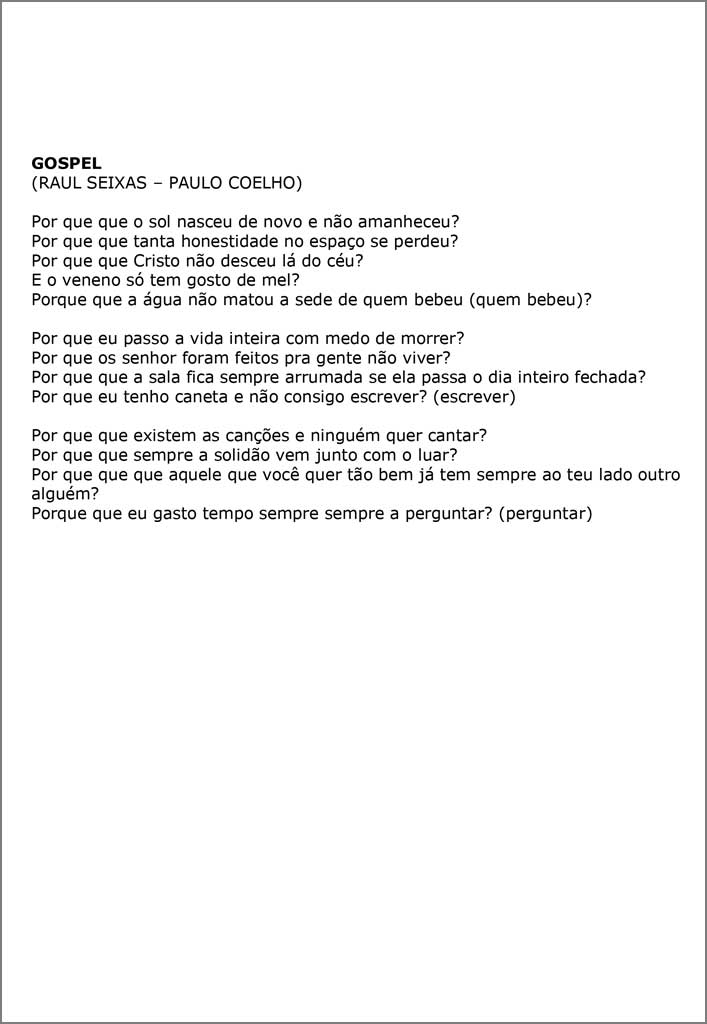 These are the original lyrics for the song, which was intended to be part of the soundtrack of the Brazilian telenovela “O Rebu” (“The Fuss”) but it was censored by the military dictatorship in Brazil, which did not approve of the lyrics. A version with revised lyrics was approved.

The song, with the original lyrics, was revived by producer Marco Mazzola and released on the album “20 Anos Sem Raul”.