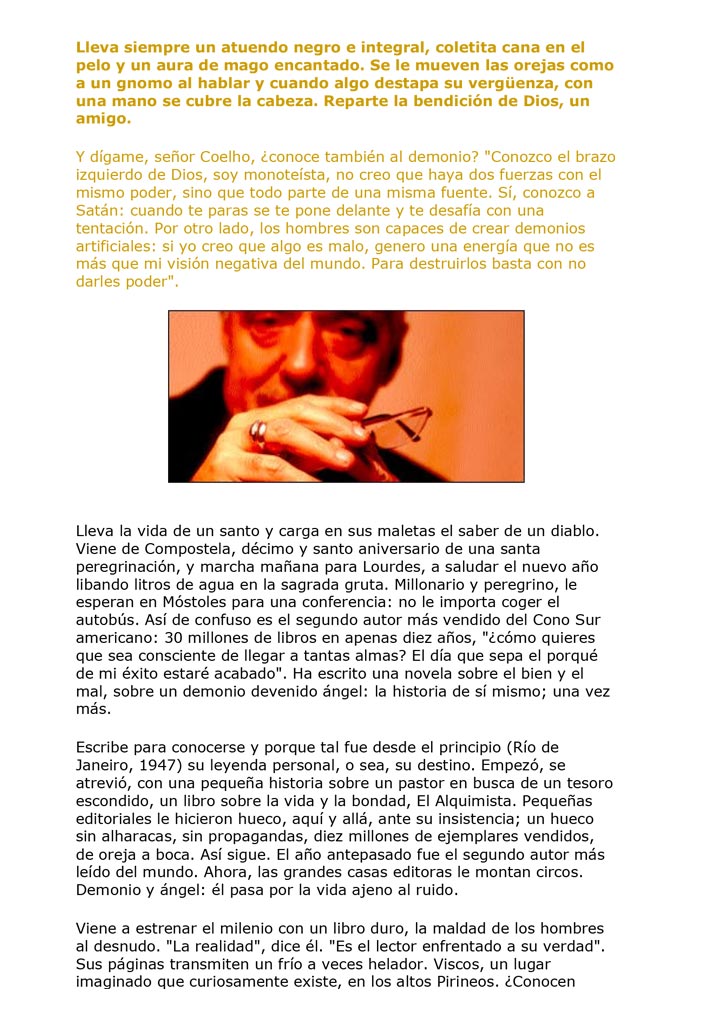 He always wears a full black outfit, gray ponytail in his hair and an enchanted wizard aura. His ears move like a gnome when he speaks and when something reveals his shame, he covers his head with one hand.

And tell me, Mr. Coelho, do you also know the devil?

“I know the left arm of God, I am a monotheist, I do not believe that there are two forces with the same power, but that everything comes from the same source. Yes, I know Satan: when you stop he stands before you and challenges you with a temptation On the other hand, men are capable of creating artificial demons: if I believe that something is bad, I generate an energy that is nothing more than my negative vision of the world. To destroy them it is enough to not give them power”.

“People are very Manichean, however, society changes the rules to their taste: today the bad guys are in Kosovo and tomorrow Russia is good even if it bombs Chechnya. Governments manipulate peace and war at will and this is something that overwhelms me a lot”.

“I could write a complicated book a week, but I only manage to write a direct and simple book every two years. Nobody will understand the complicated one, but the stupid will have the feeling that it is something great, although behind the complication they do not there is more than emptiness”.