In the 1976 film “Tangarella, a Tanga de Cristal” (Tangarella, the Crystal Thong), a tongue-in-cheek Cinderella spoof, Paulo Coelho plays the role of Avelar, brother of the main character Sandra.

Film plot:
Inspired by Cinderella’s story, the film tells the story of an ambitious widow and mother of three daughters who decides to remarry a rich man to resume her place in society. The chosen one is the widow Tangarela, who disappears mysteriously leaving only one daughter, Sandra. Desperate and searching for money, she forces Sandra to marry a rich man. The girl meets her prince at a party, but escapes leaving her thong, which will be used by the heartthrob to find her.

Related media below:
‣ link to the full movie on YouTube.
‣ the film script, with Paulo’s lines marked on page 1.
‣ the payment contract and receipts for Paulo’s role in the film Tangarella. 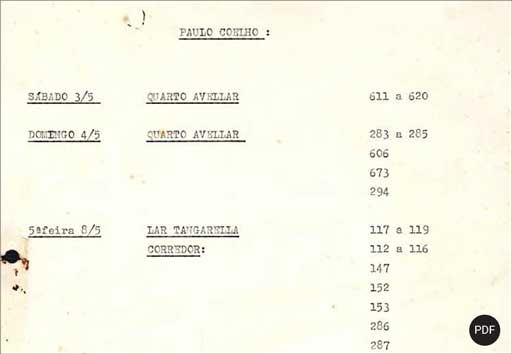