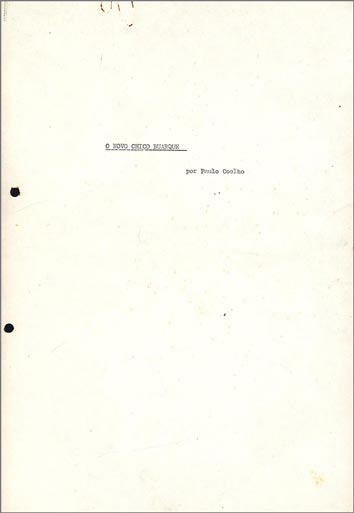 “After two years without releasing any album on the market, Chico Buarque is now back on the scene with his new LP “Chico Buarque”, whose initial circulation of 500,000 copies is already sold out. Generally considered a person of few words, Chico Buarque breaks the myth. In this interview he seeks to give a general idea of all his work and plans for the future”.